Find and join the best Minecraft Survival servers from our top list. 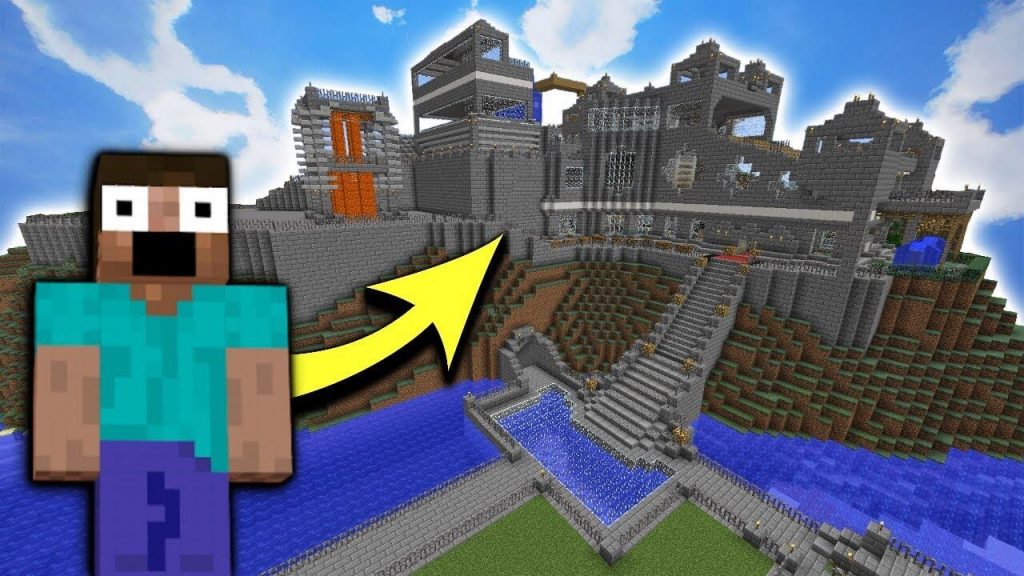 Virtual reality can be just as dynamic, if not more engaging, than reality itself. You can explore unknown territories, revisit favorite destinations and even create an ideal community that suits your particular taste and needs. It gives you the power to make or break civilizations, indulge your creativity, live your fantasies and relive past experiences.

For Minecraft lovers, there is nothing better than picking up your console to immerse in this alternate reality after the hustle and bustle of the real world. Is it relaxing? Check. Is it therapeutic? Check. Is it enjoyable? Double check.

Virtual reality, however, cannot just happen. It has to be painstakingly created, code by code, command by command, with as much ingenuity as dexterity to be able to fit as many needs and suit as many users as possible. And therein enters the server, whose main purpose is to be a host community for multiple people to experience different sides of the same reality at any given time.

Just like in the real world where experiences are as a result of different inputs (experiences, actions and in-actions, environmental factors, etc.), a Minecraft survival server gathers and transmits so much data about its internal status that each player can receive adequate information about the game.

When you think of a server, think of a planet- say Earth- while other servers are the other planets in the galaxy of virtual reality. And Minecraft builds the meanest, ‘dopest’ galaxy you can imagine.

What types of server ‘communities’ are available on the Minecraft ‘galaxy’, you might ask? There is the Minecraft Survival Server, where the goal is to avoid the many dangerous ways to die and survive for as long as possible.

It simulates real experiences such as hunger, wars, construction, exploration, adventure and hunting among other choices. As a part of the survival server community, you can bring to life your grimmest, most heart-stopping imaginations and devise ingenious ways to cheat death.

The survival server is further broken down into different servers. The faction server, for instance, involves joining a tribe to achieve communal objectives toward survival. These objectives include waging battles against other factions as well as encouraging an interdependent outlook with other faction members throughout the gaming session.

Another form of survival server is the prison server, which is a great choice for people who like goals and enjoy climbing up ranks. In Prison, you perform activities such as chopping down trees, mining and construction among others to earn money.

Survival servers require players to start a civilization on a mobile island, called a spawn or a hub. You are required to start a community from scratch, defying the elements and nature to build an habitable society for yourself in collaboration with other players.

How Does A Survival Server Work?

It is important to have an idea of what you are getting into. Each server is mildly different, and moderated separately, so it’s best to keep that in mind. Due to the large number of gamers these servers accommodate, a 3GB or 4GB server is best for optimum performance.

If you want to start your own Survival server, see our Minecraft hosting-page.

All you have to do is install the survival game type you chose on your server by clicking on the IP Address of the server of your choice. That logs you into the lobby area which displays an array of plug-in information and maps, and take a short tutorial of the game if you are so inclined.

After the tutorials, you are prompted to start the game and ready to bring to bear your ingenuity in escaping a thousand different ways to die. Good luck!

What Makes A Good Survival Server?

A good Minecraft survival server is a well-planned, detailed and well-executed community; well-planned in the sense that the particular products on offer are defined.

Also, the plug-in list is important to the success of your server. Initial planning should involve server plug in, content plug in, graphics plug in and every type of plug in needed to run an engaging server. This reduces the incidences of changing your design to fit available plug-in, and protects the originality of your ideas.

A good server should also be engaging, involving the players in minor decision making that makes them feel like a stakeholder. It also serves to hold onto their attention and prevent them from losing interest fast, so apart from the gameplay, the content should be engaging.

Do you want the theme to be adventurous, historic, war, detective, magical or just basic survival of the fittest? Whatever choice you make, keep the players hooked so they come back for more.

The quality of your server will determine if it will sink or swim. Aesthetic value should be a top most consideration in building your server- even in anarchy, there can be elements of beauty that increases the passive build-up of excitement.

People need to have value for money, therefore, invest in beautiful spawn and user friendly interfaces to encourage donations and justify the choice of your server to the gamers.

We checked out the different servers available to bring you the current reviews of the Best Minecraft Survival Servers comprising of the Faction, Prison and Skyblock Servers.

This server is uses both the prison and the skyblock server modes. It has regular updates and unique content, but is also very user friendly with active support staff. It has a compatibility version of 1.7 – 1.15. It accommodates players in the hundreds across the different interfaces and lobbies of the spawn.

If you love lemons, you just might get stuck in Lemon Cloud. You find lemons everywhere. It even has a teleportation feature that adds a spin to the games, with gaming options such as OpPrison, OpFactions, Skyblock, Creative and SkyWars to choose from. It also possesses a speed buff, and the lobby is not over-crowded as is the case with some other servers. Their maps are also well-built.

If you want to find out more about the Lemon Cloud server, click on the IP address and explore to your heart’s content. Don’t forget to enjoy the lemons!

This server is part of a long time Minecraft faction network which boasts of a lag-free experience at 99.98 up-time. It offers hourly boss fights, perks for custom classes, king of the hill, hourly boss fights and an auction house system, among other features aimed at optimizing your gaming experience.

It has a multiplayer system that accommodates as hundreds of players per time. On this server, you can completely customize your skills and class system, engage multiple realms of adventure, enjoy a strong spawn economy and alternate your token currency. It has a compatibility version of 1.7 – 1.11.

This server boasts of a 99.7% up-time, with players in their thousands. Apart from survival, prison and faction servers earlier discussed, this server also offers creative, skyblock and city features among others.

With a compatibility version of 1.15.1, Minesuperior is a server that will engage and indulge your gaming fantasies. You can start earning credits on this server, which is an advantage.

The crates distribution can however be better. From the epic crate to the legendary crate, then the superior crate to the rank crate, each level contains the key to unlock the crate of the next level, which reduces chaos on the lobby. It is not as adventurous, but you might find the diamond mining a bit laidback.

Information dissemination on the spawn is also a bit lacking, but overall, it is a pretty good gaming experience. You can earn a giftcard and PayPal award on this server, which makes it high in demand. You might want to check it out to discover this hidden world.

If you are into the epic setting, then you will find the spawn of this server suitable. The spawn rate is low. Like most of the others, the lobby offers options such as factions, creative, skyblock and survival among others.

You can marry people on this server, thereby forging strategic partnerships on the survival lobby of the server. It has amazing perk offers in both monetary credits and plots as you climb up the ranks. Overall, it’s a fair gaming experience.

The first thing that catches your attention on the ManaCube Server are not the vivid colours or the three-dimensional images, but the life-like feel the layers of graphics evoke in the mind of a first-time visitor to the server. It has 27 custom-made mines for Prison Mini game lovers to choose from; beautiful landscapes, historic-oriented blocks, 128 by 128 plots for World edits are only the beginning of the explorable options on this world.

The SkyWars and SkyBlock lobby utilizes duel arenas, and the survival games and quests will have you panting and on edge through the experience. Did I mention the bad-ass graphics?

Even the ripple of the water looks realistic. It has KITPVP and a custom maps and kits to indulge the creativity of gamers. What are you waiting for, game lovers? Let the adventure begin!

This server, though it has been around for a while, has a beautiful spawn that makes it a convenient place to visit. It has hide and seek, skyblock, factions, anarchy, prison among others. It’s easy to switch lobbies on this server, from egg wars, sky wars, etc.

The server is not cracked, and it’s easy to join a team. However, teaming is not allowed on skywars lobby. The PvP world is quite straightforward- just right click and choose which mode you want to play. It has an awesome spectator mode.

The survival game is a little underutilized, though. The server is grief-protected. There are plots that can be owned with varying amount of credits, and these plots of virtual land can get raided in survival mode, complete with the establishment of civilization and industrialization, subject to the players taste.

The OpSkyblock has a futuristic look to it, with a fancy spawn suitable for those with particular tastes. It would take a long time to fully explore all the features on this server, which is why this piece is meant to whet your appetite to take a chance and explore the ExtremeCraft server, if you have not done so already.

This server is unique in the experiences it offers. It uses the earth map to offer a politically inspired geographical power-play between nations through the Datearth mode, while the Datmars mode is a mars themed rocky terrain almost impossible to survive in.

It is a foremost survival server which also incorporates the regular skyblock modes and survival orientation. It has a compatibility version of 1.14+, and has a multiplayer system that accommodates hundreds at once.