Find and join the best Minecraft Faction servers from our top rated list. 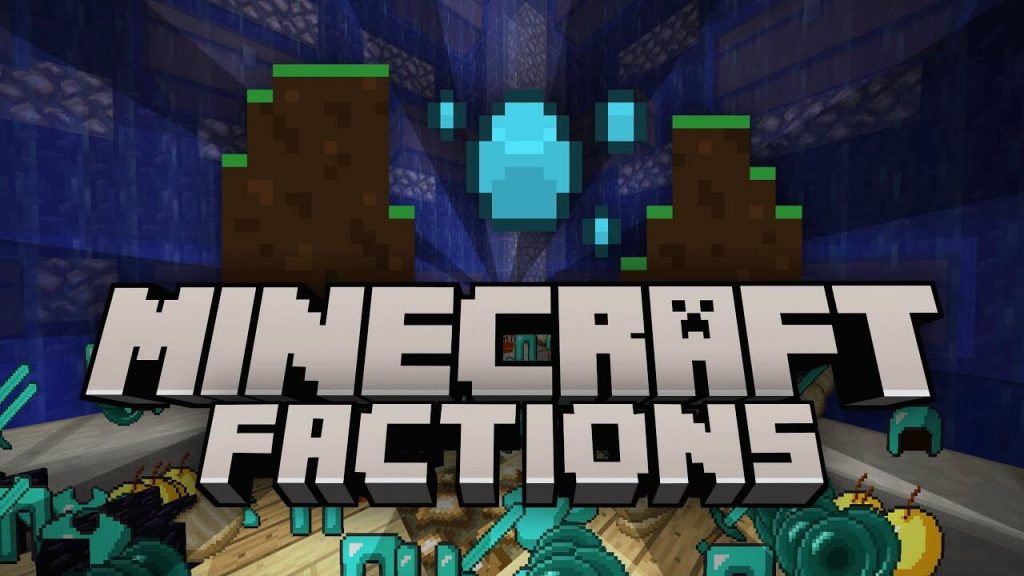 The best Faction Minecraft servers are listed here on our top list available for players online and derive an amazingly fun experience.

Since the Minecraft is an old hand and a force to reckon with in the gaming industry, there are several lists of Minecraft faction servers out there with incredible features.

The Minecraft faction servers are competitive and combative in nature. It is usually an action game. It allows player versus player, a situation where a player goes into combat action with another player.

They team up together to achieve together. They gather Minecraft resources together by building bases together, secure their territory (which maybe they might have acquired through battle) and then recruit by bringing new members into their faction so that they grow stronger and achieve together.

Separate factions on the same server can also form alliances with each other to declare themselves as an opposition and thereby decided to go into battle.

The best Minecraft faction servers are brilliantly created by their creators to make the world of the Minecraft go round. Since the real world is a global village, there are numerous game players all around the real world in the gaming circle connected with the internet having the fun of their life every moment.

The gaming industry boast of the most ambitious players in the world of the Minecraft. And there is no gainsaying that the crop of best game players are found in the Minecraft faction servers having their time of pleasure. The architectural, artistic environment has given the Minecraft players to showcase their ingenuity and creativity.

These Minecraft faction servers have been able to bring out nothing but the best from the committed players, especially in the way of forming allies and the way you are to treat your perceived opposition.

The lessons learnt from the Minecraft faction servers is also expected to be translated and implemented to a very large extent in our own real world. The experience is limitless and the game is fun!

In the Minecraft language, a Faction server is that which allows the formation or joining of a faction, guild, clan or group as the case may be. The use of Factions will allow the players to form alliances in what is known as factions, clan or groups with friends and or fellow game players.

After joining forces with a faction, the said faction may declare war on another faction by raiding them. In fact, to a very large extent, grieving is often the order of the day in the faction server.

In the Minecraft faction server, property, especially plots of land can be acquired through the waging of war. After the acquisition of the lands, the lands then therefore belong to the members of the faction which they are also under obligation to protect it from any invader as well.

As a faction or clan, you will be able to manage your monetary expenses. You will also be able to recruit more members into the group and declare war on any other faction. In the Minecraft world, some faction servers have been created to slip up the factions. This will enable you to take part in sides.

I can say without mincing any word that the Minecraft faction server is one of the best servers for its large scale combat actions and block flying warfare. The faction server is wonderfully created with the player versus player features enabling any player in a faction to play or combat another faction.

The interest of some players is solely on the Minecraft faction server as a result of the features it boasts of. Many people perceive the real world as a combat zone or space where you cannot run away from battle.

They see the world as a battleground. So they want to leverage on the faction server game to gain experience on how to approach the battle of life. Owing to the fact that it has a very similar feature of the real world, such that there are wars everywhere in the real world, players tend to like it the more.

Minecraft faction mode has been brilliantly created to provide services to its numerous players across the globe. The hardware requirements like having a high Random Access Memory is exceptionally needed since the number of players is high.

There is also the provision of a good and fast customer support services to attend to the request as and when due. The downtime is nearly zero and that is very good as it draws a multitude of players to such server. A faction server is also known to be very simple and easy to install without stress at all.

A good Minecraft faction server must have certain features which must be key. This may not be in a specific order. First to consider is the playability of the faction server.

This seeks to answer the question on how simple and easy it is for players to navigate and play around the server. Players may also like to know if there are too many Ads. We also need to know how “laggy” the said Minecraft faction server is.

How easy is it to get in the game in the faction server without having to begin to contact the customer support agents? Playability will play a major role as it makes players to decide to come back to the server. It also sustains their presence and loyalty to the faction server.

Of utmost importance is the uniqueness the Minecraft faction server has prepared to unveil to its ever teeming players. Players will be expecting the faction server to offer a very unique game mode.

It is very germane to have a unique spin on games that are already in existence and or just be creative to make or create something very new in its entirety. Players always want to see the uniqueness in every faction server.

Uniqueness sells faction server faster than anything or let us say that uniqueness is of top most priority. Uniqueness stands a server out from the rest.

Another point of concern is that of exploits. It may sound a little bit awkward. But, I assure you it is not awkward. It is good to make people feel in the game and most importantly ahead of the game.

Exploits are capable of making it easy for the players to continue to play the game. Exploits have a kind of fun that it adds to the game. In addition to this, your rules and staff support are necessary ingredients of concern. The rules guiding the faction server game must not be too harsh, neither must the rules be too weak. You must strike a balance with respect to the rules.

Apart from the rules, the customer support agents must be on the ground to resolve any challenges encountered. All the available channels of communication must be active at any point in time.

A good faction Minecraft server must be built or created well. The creator must have taken enough time out to test-run the server to make sure that all is well before launching it to the public.

All the necessary plugins that will make the faction server worth the effort must be well identified and installed. The faction server must be what it is meant to be. It must work very smoothly without any issue. The commands and the hardware must be checked to see that there are conformities.

Any hardware input or command or any other software input from the players’ side must be well spelt out to avoid clumsiness. Further, a good faction Minecraft server must be full of fun.

What is the meaning of a game when the player cannot derive any fun there? It must be fun-filled. You can also host your own server if you want to go that route.

How do I join a Faction server?

If you are reading this and you strongly desire to know how you can join a Minecraft faction server, then you are definitely in the right place. So many players, especially the newbies are with very limited information as regards Minecraft servers especially faction servers.

Getting information as per the joining of a Minecraft faction server is out there on the internet of which this is a part. It is good for intending and even non-intending players to learn and know how to join a faction server so that there will not be any glitches in the course of the joining process. The process of joining the faction server with respect to the Minecraft community will be highlighted as below.

The very first thing to note is to consider your budget. What is your budget as per the Minecraft faction server?

Get to know if you will like a mini faction server somewhere in your basement in your house. Such server can only be used by you and your friend with a very limited number with a very good Random Access Memory.

However, it is very difficult to achieve this, especially when the number of players begins to swell up and then you will need a more sophisticated faction server such as we are talking about. So what we are saying is that several Minecraft faction servers come with different prices. Go for the one that is within your own budget.

The next thing to note is to get to know your ideal game. Which particular game on the Minecraft faction server is of interest to you the most? Find out and determine what you want.

There are so many game modes and styles in the faction server, but some players have come to develop some kind of likeness for some very particular ones. They seem to derive their fun when they play such game. In the same way, it is not possible to be a master of all the games.

So, identify and go for your ideal game that will give you joy and fun and at the end give you value for your effort and money.

The third step is to look out for a Minecraft listing website on the web. This website will list several Minecraft faction servers for you to select. After the list of the faction servers are out, check through for the cost in comparison to your budget, including your ideal game in the faction Minecraft community.

Each server in the list contains descriptions regarding each of the servers. Make sure that you are very much okay with the description of the server before finally deciding to pick that particular faction server.

You can either connect directly or add the server to the list of your servers. For a direct connect, start the Minecraft and click “Multiplayer”. Having done that, click on “Direct Connect”.

If you want to add the server to your server list, click on “Multiplayer”, also click “Add Server”. “Server Name” and “Server Address” fields will be provided, then choose the way you decide to name the server and thereafter type or paste the Internet Protocol Address as directed earlier into the space provided and click “Done”.

Then click on the faction server selected to highlight it. Click “Join Server” and you are inside already.

How we rank the Best Faction servers for Minecraft

Ranking a server is usually an issue for a lot of players and even server creators. But we have developed an excellent way through which the best Minecraft faction server will be ranked. This ranking system is quite unique and stands out from the rest.

The ranking system will begin from the lowest to the highest. While some people use numbers for ranking, we have adopted the use of words that are very catchy and meaningful.

The ranking is as follows: