Find and join the best Minecraft Economy servers from our top list. 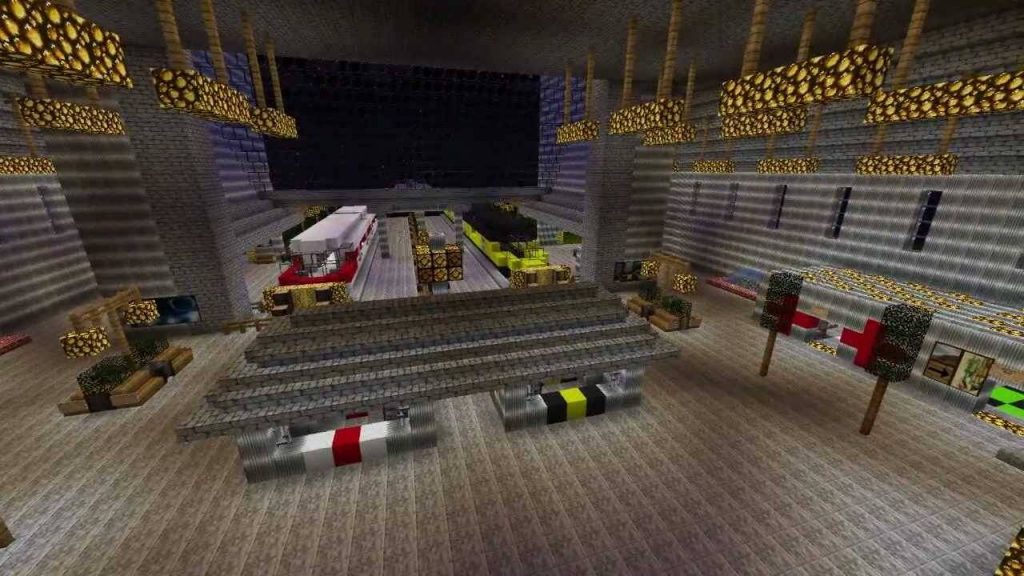 Minecraft is as old as the game itself. Minecraft is an old hand in the gaming industry. It has a long years of service and experience as well. By virtue of the experience of Minecraft, it has been able to expand very rapidly.

Many players have developed a special interest in Minecraft economy server, especially those players who do not like to play games that are warlike or combative in nature. Though the economy Minecraft servers may possess similar features, they still have various distinctive features that make them unique and different from one another.

Our staffs in the IT department have taken painstaking effort to make sure that there will be value for your money. The creators are very around and are active to make available updates which will allow for expansion and or growth of the Minecraft servers.

Any server that does not have a regular update will not expand and it is not advisable to go for such server. But our economy Minecraft servers have updates on a regular basis.

What Makes These Economy Servers The Best?

Our economy Minecraft servers are termed the best as the features are mind blowing. The creators have done a good job for its playability. The playability has everything to do with the ease with which the players play the game.

Playability allows the players to play around the server. When the game, players find it simple and easy to play their games, they tend to be satisfied and then they want to come back. In addition to the playability feature is the ever presence customer service agents.

All the channels that have been dedicated for the players to reach the customer service agents in order to resolve whatever glitches that they may encounter are all very active.

The economy servers also have the knowledge base for players to read through the materials for better understanding as the case may be. The knowledge base offers varieties of information that will be very useful to players.

In the Minecraft community, economy servers are created such that they have some unique economic system. And the economy system means that players will be allowed to make or earn in-game money in the virtual world.

The money in question may be some coins or other currency (for the virtual world) of some sort. This money is literally used to buy and or sell some stuffs within the community.

The economy is entirely virtual. The money can be made by completing some forms of challenges, mining some invaluable resources and virtual trade with other players in the community. The money also serves as exploits which serve as a system of encouragement for players.

Since money is involved, so many creators of the economy Minecraft servers have introduced competitions among the players. This is done by displaying the Leaderboards of the wealthiest players, including the factions as well.

The economy Minecraft servers support several amazing plugins. The commonest of the plugins used by many server creators is the iconomy which works with the Bukkit.

For instance, the faction plugin is used to support the creation of guilds, clans, groups or factions which players can belong to so that they can compete and earn some money that all the members in the faction will have to share.

The economy Minecraft servers have witnessed and it is witnessing a very large presence of game players all over the world.

Again, we confirm that the Minecraft is an old hand and is as old as the gaming industry. As a result of this, the age long years of experience it has garnered is actually paying off.

The experience is being used to better the performance of the servers. So, under this headline we shall look into what makes a good economy Minecraft server.

The second point is that a good economy Minecraft server must have a customer service agent that will be ready to provide service not limited to technical support for the players who probably may encounter glitches at any point in the server.

All the dedicated media for communicating with players for any complaints must be super active. The channels must be active and working 24 hours every day. In addition, a good economy Minecraft server must be able to give value for money.

Players must be able to derive satisfaction and fun when operating the economy server. You do not want to purchase an economy server that will not function at all or that will be damaged in no time.

The fun from the game will make the players to come back and give a good review and at the same time recommend the server to other players.

The intention should be to reach out to all. Therefore the cost of the economy server must be fair enough.

A good economy Minecraft server must be unique in if not all of its features. Uniqueness is what will make an economy server very different from the rest of the economy servers.

Uniqueness will stand a particular server out from the crowd. Players are ever ready and eager to see the uniqueness; as in what a particular economy server is ready to bring to the table.

It must be well built without any glitches. Some people will build a server without test running the server before they go public. Many servers have packed up in this manner. So a good economy server must be built by experienced hands and then well checked before launching it.

Use of Proper Plugins

Another very vital point for an economy server to be referred to as being good is the use of proper plugins. The truth of the matter is that some people all over the internet ask question about what plugin to use for one thing or the other.

When we say proper plugin, we mean the plugin that will make the server to work properly and also support the system.

The correct use of the commands as and when due must be well spelt out. The use of wrong command lines can cause a disastrous situation for the server.

For example, writing a command line meant for an Admin for players; this means granting an Admin power to players who may destroy the server.

How do I join an economy server?

Information is key. If you are a player for many years and you do not know how to join a certain server in order to play, all you need to do is to find out. It is often said that if you are not informed, you will be deformed.

Be prepared for costs

This is very important. You do not just want to join any economy server and then therefore do not derive fun from it. It is your interest that will drive you or motivate you to go forward in your adventure of the Minecraft community.

Originality lies in ideality. Playing your ideal game will make you to have value to a very large for your money.

Thereafter, go on the web to search for the best economy Minecraft servers. You will see so many economy servers of the Minecraft community. Make sure to go through each of the economy server one by one as they are listed.

As you go through the server, check for the cost as compared to your budget, including your ideal game as has been initially mentioned. Each of the economy server in the list populated on the website has distinctive descriptions which are unique to them.

Before selecting any of the economy Minecraft servers, make sure the descriptions match what you want.

Finally, start the Minecraft and click “Multiplayer”. The next thing is to proceed to the right hand corner and click on the “Edit Option.” After taking the step, click on “External”. Three fields will be displayed.

Also enter the port number into the space provided for it. Then click “Add Server”. If the selected economy server does not instantly connect, then you quickly try it again.

How we rank the top best economy servers

We rank the best economy server listed by Minecraft. Ranking up or the ranking system for every Minecraft server, especially the economy server is an age long issue in the development of a server. But, we have made it look very simple.

Generally, the ranking system commences from the lowest in the cadre to the highest. There are so many ranking methods that people make use of. Some people use numbers for ranking, but we can say for sure that such method is archaic.

The best economy Minecraft servers can include a free rank in the ranking system. The ranking set up must make a lot of sense to the players. The implication of this is that the players will be encouraged to want to climb higher in the ranking ladder.

In other words, the ranking system must secure the attention of the players who are the ones to be ranked. Catchy terminology will quickly catch the attention of players and they will be dreaming of getting to that point.

The reward may be in monetary units of the Minecraft world. Apart from the monetary unit of the world, you can give the players certain level of permission.

This permission may be that the players will be allowed to own a shop, pick some items for free, and own some very dangerous and deadly weapons and so on.

The best economy Minecraft servers should welcome and flash a congratulatory message across the screen for the players. This will make the players come to the realization that they have indeed climbed higher on the ladder and that they really playing the game very well.