Find and join the best Minecraft Challenge servers from our top list. 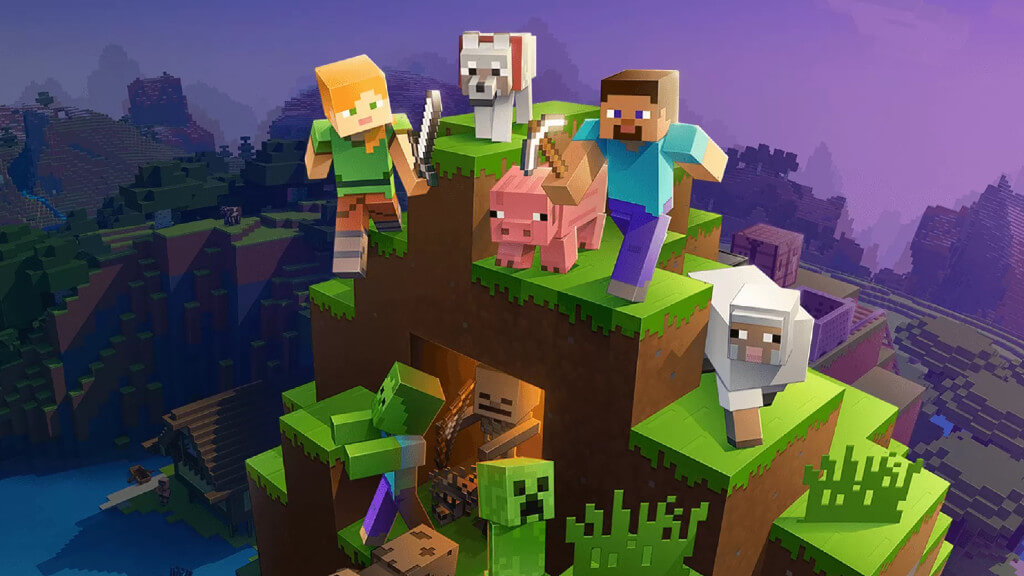 The best Minecraft Challenges servers should be ranked since the servers are full of games on challenges. The beauty or motivating factor for players when they successfully complete some given tasks is to move higher in rank. When the players know that they will move higher in rank, it spurs them to add more effort and be successful. This actually has a way of teaching players to put more effort in every task until they get to where their destination is. The ranking system should be designed such that at a certain level, there could be a reward.

Creativity should be allowed for clear expression when it comes to the best Minecraft Challenges servers. The creativity of the players must be tested with some tedious tasks. This will bring out the creative side of the players. For example, if a server has a game that has to do with the building of a castle to defend himself as a challenge, then you will discover the ingenuity resident in these players. They will build castles with out-of-the-world design and these designs can be translated to the real life castles. It enhances their architectural skills.

These Challenge servers also include competition among players. When competition is set among the players, they probably may form guilds or factions and go into the battle. Some new members may be recruited into the factions to prepare for the competition.

The examples of the challenges include puzzles, mazes, parkour, adventure maps and hybrid challenges. It is good to note that even hybrid challenges are of multiple challenge types. Various game players have developed a very deep liking for some specific games on some certain servers which they prefer to use at any point in time.

For example, in a castle building challenge, you just open your eyes to find yourself in a foreign land which is not known or familiar to you. It is designed for you not to have a memory of how you got to the foreign land. Then you are forced to protect and fortify yourself in that location against some attacks now, this fortification has to begin with your bare hands by constructing your castle to shield you from those attacks. And then you move from one stage to other stages as you grow in ranks on your successful completion of each task. Each stage has its own challenge.

These servers are a world full of challenges. Many players graduate from one challenge to another. They have so much mastered some certain challenges that they need something more tasking. However, such more tasking challenges are available in the Minecraft community. This means that there are challenges on a larger scale.

On the other hand, there is also a situation where the same game is raised to a higher bar, that is, from a lower frequency to a higher frequency. Some servers refer to it as levels. So the game runs from a low level to a higher level. So players begin from the lowest level to the next level and plays to complete each level until the highest level ever possible.
Unique Challenges from server to server

Since there are so many challenge servers in the Minecraft community, the games are surely different from one another. But many have somewhat similar concept in game mode. The features may be a little bit different as well. For instance, some servers allow ranks to be earned by the completion of tasks. As a player completes tasks to a certain level, the said player earns a rank. Meanwhile, on the other hand, some servers, require players to purchase their ranks.

Basically, the concept of purchasing the ranks will definitely make players to be lazy, to want to complete their challenges. Generally, even in the real world, people like to take the easy path in a situation where there is an alternative. In our own opinion, earning your rank by working hard is more appreciated than purchasing your rank. When you learn and practice how to work very hard, it will become the norm for you even in the real world.

Easy to use GUI

Apart from this, editable stand for armour and tools is equally important. This is a stand that lists weapons and or tools to be used for a certain challenge. And it is not just a stand, but an editable one for that matter.

Generally, there is a voting feature in almost all the Minecraft servers. But a good challenge Minecraft server will take it further by adding rewards for voting for the server. This will tend to attract voters to your server when they know that there is a reward. Moreover, a good Minecraft challenge server should have a friendly players and staff.

A good Minecraft challenge server must be well built. The server must be well coded with the proper commands. You either do the building yourself if you have the know-how or you employ the service of an expert that will do the job. Building the server is the basic and primary thing to achieve. It is the premise or foundation on which all other things are built.

After the building is complete, make sure that the server is test-run before launching into the public. It must also be noted that the use of excellent plugins that will enhance the working of the server must be put into consideration. Some notable plugins which are used for Minecraft Challenge server include Skyblock, Faction and much more.

The list of the features that will make a Minecraft challenge server be the best is endless. But, for want of space, it is good to mention the ranking system. A challenge server must rank players in the challenge server game. And Leaderboard to be placed on the website to display high ranking players which other players can see and hope to overtake.

How do I join a challenge server?

Joining a Minecraft Challenge server is not a rocket science. Do not be surprised that many people or players do not know how to join a server especially the Minecraft challenge server.

What is your type of game? Before you think of joining a Minecraft server, especially the Challenge server, identify the king of game that will be of interest to you. Since there are different kinds of games (which are challenges) on different challenge servers, many players tend to concentrate on some specific challenges that sweep them off their feet.

Free or pay to play

In addition to the above point, you must also know or determine how much you are willing to cough out to get your ideal challenge server. The more the quality of a Minecraft challenge server in terms of what it stands to offer its teeming players, the more expensive the server is. That is to say that there are different prices for different challenge servers.

So whatever the case may be, you definitely find the challenge server that falls into your budget. You will need to check this out within the bracket of your kind of challenge or game.

Basically, joining a Minecraft server is the same. The next line of call is to search the internet for a Minecraft listing website. The website will list the best Minecraft Challenge servers. These servers are in their hundreds. Simply take the pain to go through the list one by one.

How we rank the top challenge servers in Minecraft

Ranking up a server is very rampant these days. Despite the fact that ranking up a server is somewhat an issue, it is very important that we rank our challenge servers. Why is ranking an issue in the Minecraft servers? This is simple. It is because, there is no general way or model to follow to design the ranking system. Hence, everyone tends to develop its ranking system the way that mat be best for them. In this write up, We’re going to share with us how we rank the best challenge server of the Minecraft community.

On a general note, ranking up a server commences from the low level to the top most level. As you login into a challenge server, you are seen as a guest and should begin from the lowest level. Some people refer to their own lowest level as the guest level.

For example, in say a parkour game, the ranks may be outlined as follows:

The best challenge server of the Minecraft community should consider rewards in the ranking system. This will serve as something that will motivate the players. They get motivated to move higher in rank.